Recent agricultural advancements have become as innovative as they are necessary. Steady population growth in addition to climate factors have forced the farming industry to start to evolve. These two factors have led to conventional farming often becoming more unpredictable and expensive. Moreover, economic changes in the developed world will make providing an ever-growing food demand more challenging for the less developed world.

Vertical farming as it is known today was introduced as a concept in 1999 at Columbia University when a professor and his class proposed a design of a skyscraper that could feed tens of thousands of people. That exact design has yet to be built. However, it was a proof-of-concept exercise that started the mainstream conversation on vertical farming.

Since then, vertical farming around the world has gained traction and has generated commercial support along with technological advances. Now, this industry shift from conventional to vertical has become viewed as a necessity in our evolving world. Because of this, vertical farming has become an area of fast-growing interest and investment. A recent study projects a market size in the industry growing sixfold from 2018 through 2026.

The process of establishing a successful vertical farm operation takes a groundswell of effort from many parties – from property developers to architects, botanists, and mechanical system designers for nutrient distribution, automated harvesting, and packaging.

Sigma Design has expertise with the automated support systems that keep vertical farms producing crops, having worked with several companies on system development. Sigma has helped solve numerous challenges such as nutrient dosing system footprint and design. We have the ability to design and develop systems for vertical farming, along with the in-house manufacturing capabilities to build, test and deliver the systems we design. This makes Sigma an ideal choice to partner with in the accelerated pace that the vertical farming industry demands. 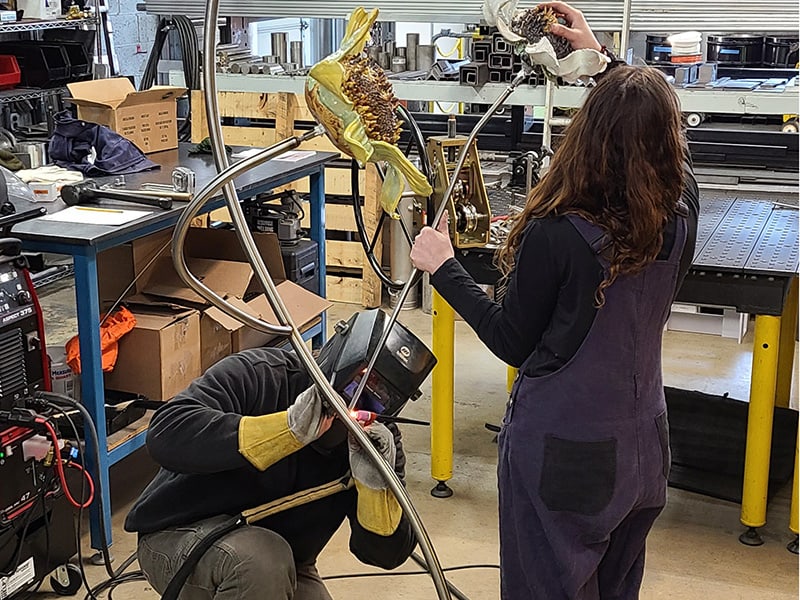